Understanding the Four Types of Melanoma

The skin cancer melanoma develops when cells known as melanocytes begin growing out of control, eventually forming tumors. Melanomas metastasize to other areas of the body and are often fatal. However, early detection and treatment saves lives. The doctors at Grossmont Dermatology in La Mesa discuss the four primary types of melanoma and how to recognize them.

The most common form of melanoma, the superficial spreading variety starts out on the top layer of the skin and penetrates deeply into the skin over time. Roughly 70 percent of melanomas fall into this category. This is the type of melanoma most likely to strike those under 40.

The superficial spreading melanoma starts as the classic mole or spot that changes in appearance. Look for uneven borders, changes in color and shape, or for any spot that just seems different from others.

As the cancer advances, the mole or spot may bleed or ooze material.

Nodular melanomas usually appear as a firm nodule growing above the skin surface. The growth may resemble a mushroom, complete with stalk. Due to its aggressive nature, immediate treatment is necessary.

While nodular melanoma is the second most common form of the disease, it is the most aggressive. This type appears in people of all backgrounds, although older individuals with light complexions are more vulnerable. That is especially true for those who spent a lot of time sunbathing or using tanning beds.

Most often found on the faces or scalps of older people with sun-damaged skin, lentigo maligna melanoma may appear blotchy. The flat spot generally consists of various brown and black shades, darkening as it grows. This melanoma can take longer than others to grow beneath the surface of the skin. It is usually treated with surgical excision. The recurrence rate is up to 20 percent.

This rare type of melanoma develops on the palms of the hands and the soles of the feet. While it can occur in all demographics, it is most often found in people of color. Unlike other types of melanoma, acral lentiginous melanoma is not caused by sun exposure.

Initially, acral lentiginous melanoma looks like a black or brown stain or bruise in the affected area. It continues to grow.  A subtype develops under the toenails and fingernails. This subtype is frequently mistaken for a fungal infection. When it occurs on the soles of the feet, it may spread for some time before it is detected.

If you have any changes in moles or other signs of melanoma, schedule a consultation with Grossmont Dermatology as soon as possible. Please contact our La Mesa office today to request an appointment.

Grossmont Dermatology is committed to providing patients with excellent quality skin treatments to help them preserve their youth. They use the latest technologies and treatment modalities to provide patients with the most effective services suiting their individual needs. The team of professionals at the practice comprise:

Clear, radiant, healthy skin can be yours at any age with only a few simple steps morning and night. SkinResource.MD L.L.C. products are formulated specifically by dermatologists to meet your personal skin care needs, giving you control over the long-term health of your skin with no physician visit required. Prescribe it for yourself! 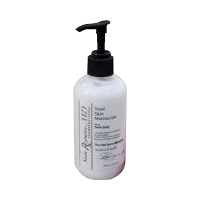 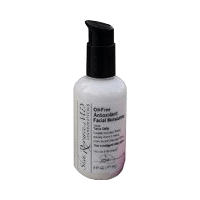 We accept Care Credit™, an affordable option for patients who are in need of medical care and need assistance with paying for that care.
Find out more Apply Now
Scroll